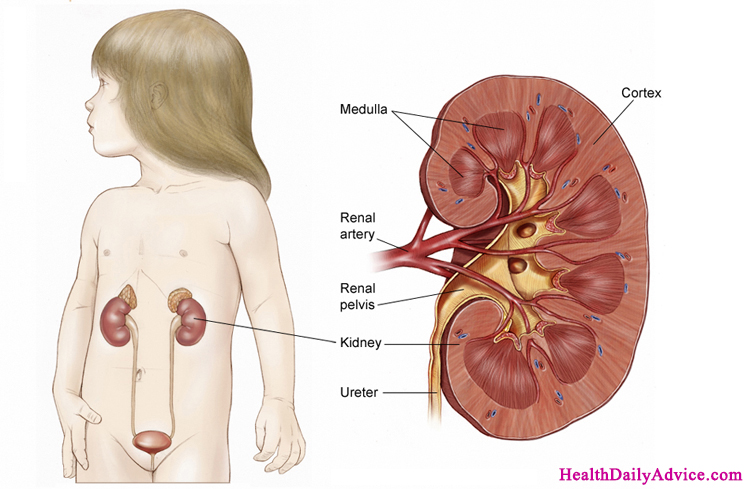 Wilms tumor, or nephroblastoma, is a type of kidney tumor composed of metanephric blastemal cells, cells involved in kidney development, and is the most common malignant kidney tumor in children; only rarely is it seen in adults. 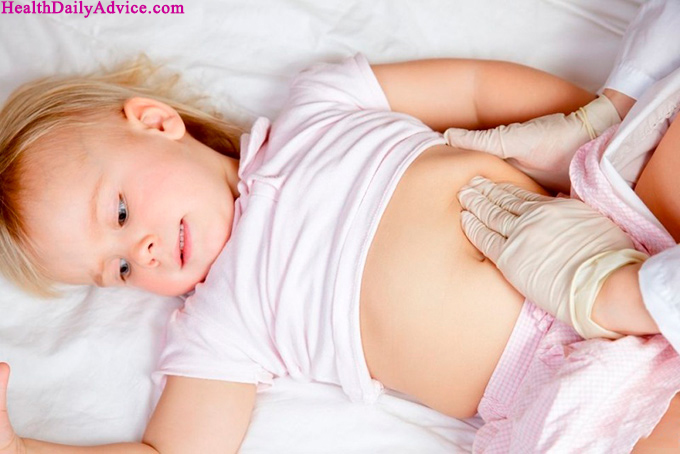 Wilms tumor is thought to be caused by mutations in genes responsible for the normal genitourinary development, which includes the kidneys as well as the gonads, typically the genes are located around 11p13 which means chromosome 11, the short arm p, region1, band 3. One gene critical for normal kidney and gonad development is WT1 (or Wilms Tumor 1), which a tumor suppressor gene. Mutations that result in a loss of function of WT1, like deletions, for example, seem to lead to the development of tumor cells seen with Wilms tumor. Wilms tumors as a result of WT1 mutations are sometimes part of a developmental syndrome, meaning other abnormalities are present as well, likely because of deletion or mutation of other genes in addition to WT1. For example, in WAGR syndrome, a mutation in the 11p13 region causes deletion of bothWT1 and the PAX6 genes, among others, which leads to Wilms tumor and Genitourinary malformations as a result of WT1 removal, as well as Aniridia (which is absence of iris) and intellectual disability (which is formerly referred to as mental Retardation), as a result of PAX6 deletion. Another syndrome associated with WT1 mutations in the Denys-Drash syndrome, which is characterized by Wilms tumor, early-onset nephrotic syndrome, and male pseudohermaphroditism. Another gene, WT2, also located on chromosome 11, seems to also be involved with other Wilms tumor-containing syndromes, like Beckwith-Wiedemann syndrome, which includes Wilms tumor, macroglossia, organomegaly, and hemihypertrophy. All that being said, Wilms tumor, in the majority of cases, happens in otherwise healthy children and doesn’t seem to be associated with WT1 or WT2, or any developmental syndrome of any kind. So in those situations, the mechanism of tumor development is not well understood. Regardless of what the exact cause of the tumors is, they are usually composed partly of metanephric blastemal cells, which are cells that give rise to other cells like stromal cells, which are the connective tissue cells, as well as epithelial cells, all of which has usually help give rise to structures in the kidney. That being said, in this mass, there are abortive or partly-developed structures of the nephron like glomeruli and tubules. A tumor made of blastemal, stromal, and epithelial cells is called a triphasic blastoma. Children with Wilms tumor often present with a flank mass that’s massive, palpable, and unilateral, and they also sometimes have hematuria blood in the urine, as well as hypertension as a result of renin secretion. Treatment depends on the extent of spreading of Wilms tumor, although the overall prognosis is very good, and people with Wilms tumor often respond well to a combination of nephrectomy removal of the kidney, and chemotherapy. Alright, so quick recap, Wilms tumors typically affects children, and usually, the cause is unknown, though sometimes it can be caused by gene mutations, specifically WT1 and WT2, and the tumor mass or triphasic nephroblastoma is composed of blastema cells, stromal cells, and epithelial cells. Thanks for Reading; you can help support us by donating, or telling your friends about us on social media.