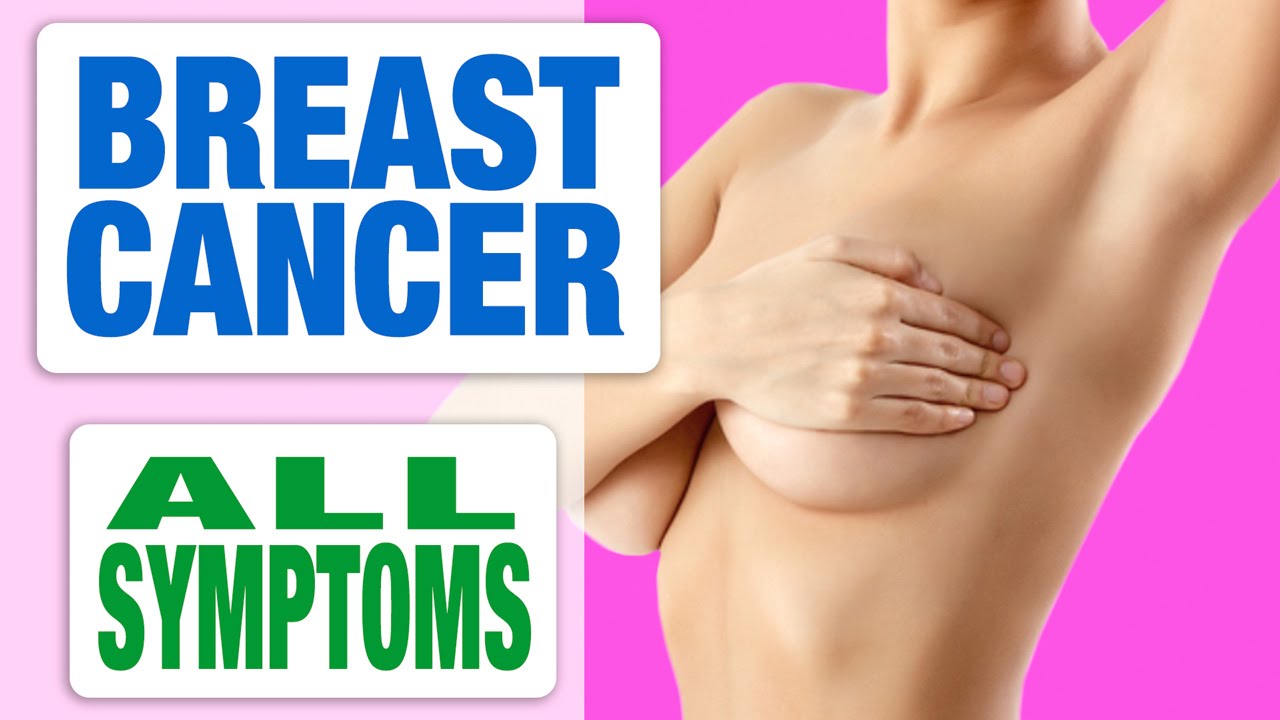 Here are the most common situations:

1. Breast Cancer Located in The Middle Part Of Gland:

Most often the tumor is in the middle of the breast, in its glandular area. The woman usually feels it when showering or having a bath. And if she is following an early detection program for breast cancer, usually she discovers it before it causes symptoms. Being located most of the breast tissue in the upper outer quadrant of the breast is in this area that most often breast cancer appears.

2. Cancer Is Located Near The Nipple:

When located near the nipple, breast cancer can produce two different symptoms. The first symptom is a nipple deformity. The tumor may make the nipple twist and change its form, and therefore appears asymmetric concerning the other breasts nipple. The tumor can also pull the nipple inward the breast, causing its invigilation.

The second symptom is the appearance of a bloody discharge from the nipple:

When there is blood coming from the nipple not always has to be a breast cancer. Anyway, it is essential to consult a doctor as soon as possible.

3.Cancer Is Located Close The Skin :

When the tumor is located very close to the skin, as it progressively grows, it can produce two different symptoms. The first one appears when the tumor reaches the skin, breaking it and producing an ulcer that doesn’t heal. That is associated with bad odor because the ulcer usually gets infected with normal skin bacteria. The second symptom happens without breaking the skin. The tumor compresses the lymphatic drainage that goes below the skin, which makes fluid accumulate. The orange peel appears with a bunch of little holes in the skin, caused by the cellulite beneath.

When the tumor grows inward, it can infiltrate the pectoral muscle, which is deep in the breast, fixing the breast to this muscle. To observe this fact, the woman has to lean forward, dangling breasts. The breast where the tumor is infiltrating the pectoral muscle will be moving less, and woman can note the asymmetry regarding the unaffected breast who hangs freely, unattached. We have seen symptoms due to cancer in the breast itself. But what happens if the tumor escapes from the breast, either through the lymph system or the blood? Let’s see it!

When Cancer Has Escaped The Breast :

When this tumor is already out of the breast, it may be because it has followed two different paths: the lymphatic system or blood. Let’s see where each path leads!

1. Cancer Has Escaped The Breast Through The Lymphatic Vessels:

When breast cancer chooses lymph vessels to travel to other parts of the body, it can follow two paths. The first one, the most common, is to go to the axilla. Many auxiliary nodes can collect tumor cells. These cells accumulate there and make the size of the axillary nodes get bigger. Eventually, they will become palpable. In many tumor cells accumulate in the armpit and affect many lymph nodes, they can disrupt the collection of lymphatic fluid from the arm, which will gradually start to swell, although this is very rare. The second path, the least frequent, is to go to the internal mammary chain, which located in the thoracic cavity, really below the breastbone. Although cancer cells accumulate in these nodes, as they are situated inside the chest, we have no clinical way to detect these enlarged nodes. The only way of discovering them is by performing a scanner. A less frequent travel site of tumor cells through the lymphatic vessels in the supraclavicular area. We could feel a lump in the hole situated above the first rib in the lower neck, and if it is large enough it could compress the brachial plexus nerves, causing strange sensations in the arm, loss of sensation in the fingers, or even cramping or feeling a throbbing pain. Nevertheless, this is rare.

2. Breast Cancer Has Escaped Through The Blood Vessels:

When cancer reaches the blood, breaking a nearby blood vessel, tumor cells travel throughout the body and can get to places where, due to their special conditions, they like to live. In case of breast cancer,

the most common sites where metastases appear are:

when tumor cells grow in the bone and metastases are very big, they can break the layer that covers bone. This layer, the periosteum has great pain sensitivity. When it breaks, pain appears. This cancer growth compromises bone strength, and especially if the bone has to bear weight, it could break. A special case of bone metastases occurs when vertebrae are affected. It can cause back pain, as is the case of Martha we mentioned earlier. When vertebrae break, it can cause neurological symptoms known as medullary compression syndrome

when tumor cells get to the lungs; they usually create separate cell groups. Sometime later, multiple metastases will appear. If they cancel enough lung function, shortness of breath (a symptom called dyspnoea) appears. If they touch breathing tube (known as bronchus), they irritate it, causing a very troublesome dry cough. If placed near a blood vessel, they may break it, pouring a little blood with that cough.

When groups of tumor cells get to live within the brain, metastases appear, increasingly large. As they push neighboring neurons, these neurons begin to operate in an altered way. Therefore two kinds of symptoms may occur irritative symptoms, in which pushed neurons fire uncontrolled flashes: the woman can have seizures; or deficit symptoms, in which the neurons stop functioning and their work is left undone. We can have loss of movement, loss of vision, loss of sensibility, and so on. In both cases, if there is much tumor in his head, because the skull is a closed cavity with a single large outlet as there is not enough room for as many cells (including neurons and tumor cells), we start having headaches, gradually growing up in intensity and frequency.

When breast cancer cells get to the liver, they begin to grow wildly and begin to crush liver cells. If the liver cells break, their contents, transaminases, will access the blood, thus increasing their blood levels (we can detect that in a blood test). If they compress small bile conduct inside the liver, bile may accumulate, and the patient’s skin gets a yellow tint (the phenomenon called jaundice).

As you can see, breast cancer can be the cause of many signs and symptoms. Let’s summarize them!

To summarize all the symptoms breast cancer can cause: In the breast itself most often we find the tumor in an early diagnostic test, or it is palpated when woman performs self-examination of her breasts or finds it in the shower. Less often a bloody discharge from the nipple, ulceration of the skin, orange peel, or breast fixation to the pectoral muscle can occur. In regions of lymphatic drainage the most common way of discovering breast cancer is finding a lump in the armpit. Less often a swelling of the arm, a lump in the neck, neurological symptoms in the arm can appear, or we can find enlarged internal mammary lymph nodes in a thoracic scanner. Anywhere else in the body the most common symptoms are bone pain or fractures if a bone is involved; a cough, hemoptysis or dyspnoea if metastases detected in the lungs; extended transaminases or jaundice if this liver is affected, or neurological symptoms if cancer goes to the brain.