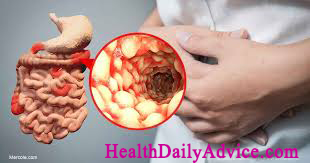 Crohn’s disease, now more frequently referred to as Crohn disease, is an inflammatory bowel disease that, well, causes inflammation of the bowel. Unlike its cousin, ulcerative colitis, which only affects the large intestine, Crohn disease causes inflammation and tissue consumption anywhere along the gastrointestinal tract, from the opening to the anus.
Although ulcerative colitis is classified and treated as an autoimmune disease, Crohn disease isn’t technically classified as an autoimmune disease, but rather an immune-related disorder.

What does that mean exactly? 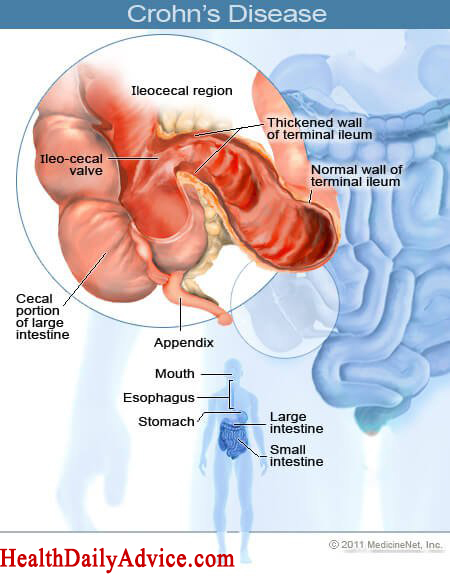 What it’s assumed to be doing? 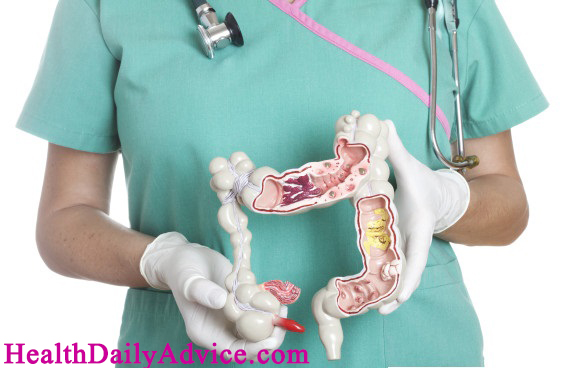 Well, Yes and No;

So what thought to happen one of these pathogens activates the immune system by antigen presentation, meaning one of the gastrointestinal cells is like here, I think this is an infectious molecule, and that is fine because it is. At that point, T helper cells, or Th1 cells swoop in and release cytokines which are cell signaling molecules like interferon-gamma, and tumor necrosis factor alpha, which further stimulates the inflammatory response.

The cytokines attract Inflammatory cells like macrophages which start releasing, even more, inflammatory substances like proteases, platelet activating factor, and free radicals, all which contribute to inflammation.

Although not definitively understood, it’s thought that for patients with Crohn disease, one of the steps in this process is dysfunctional and leads to an unregulated and out-of-control inflammatory response. Unregulated inflammation means lots of proteases, platelet activating factor, and free radicals floating around the gastrointestinal tissue which ultimately destroys healthy tissue.

This dysfunctional immune response is thought to be a product of genetics, and in fact, patients with family members that have Crohn disease are much more likely to develop it themselves. Some genes have been identified and are thought to contribute to developing the disease. One of these is a frameshift mutation in the NOD2 gene, now called CARD15. Usually, for gene expression, nucleotides are read in groups of three. But if you add or subtract one or two nucleotides, it essentially shifts all the remaining nucleotides, usually ends up in totally different amino acids equaling coded, and probably a dysfunctional protein.

Okay, so the intestinal wall, like that one, has much of ridges and grooves, and also can be separated into the mucosal layer, submucosal layer, muscle layer, and serosa. Typically, pathogens aren’t supposed to be able to just pop right through the wall, but it’s thought that perhaps some defect in the epithelial barrier in Crohn disease more easily let pathogens through.
Once through, the immune system is activated through antigen presentation, which ultimately leads to the apparent unregulated inflammation just described, as cells become inflamed and destroyed, the immune cells invade down into the under mucosa, and organize themselves into granulomas, This guy over here is a granuloma, these are large masses of immune cells that are trying to encapsulate whatever they think is foreign.

Eventually, from inflammatory and cellular damage, ulcers form, which is almost like these craters in the intestinal wall. Unlike what we see in the other inflammatory bowel disease, like ulcerative colitis which extends through the mucosa and submucosa, the damage and inflammation in Crohn disease extend beyond the submucosal layer and through the whole depth of the intestinal wall, sometimes regarded to as being transmural, from mucosa to serosa.

Also, another distinction from ulcerative colitis is that these areas of inflammation are scattered opposed to being continuous, and have areas of healthy tissue interspersed between inflamed areas, this gives it a cobblestone appearance. A final difference, as mentioned already, is that Crohn disease can affect any area of the GI tract, most commonly it affects both the ileum and colon, second most commonly just the ileum, and third most commonly just the colon, but again, those are just the most commonly seen, and it can really affect any part of the GI tract, from the mouth to the anus. As more gastrointestinal tissue is damaged, patients might experience pain in the affected areas, most commonly in the right lower quadrant which associated with the ileum. Also, diarrhea and blood in the stool are common symptoms.

The blood is from damaged intestinal wall tissue, and if the cells in the large intestine are damaged, they lose their capacity to reabsorb water, and more water is excreted, leading to diarrhea. Along the same lines, if the small intestine is the one taking the brunt of the damage, patients may have male absorption issues, since the small intestines are super important for absorbing nutrients.