Introduction to the Lymphatic System: 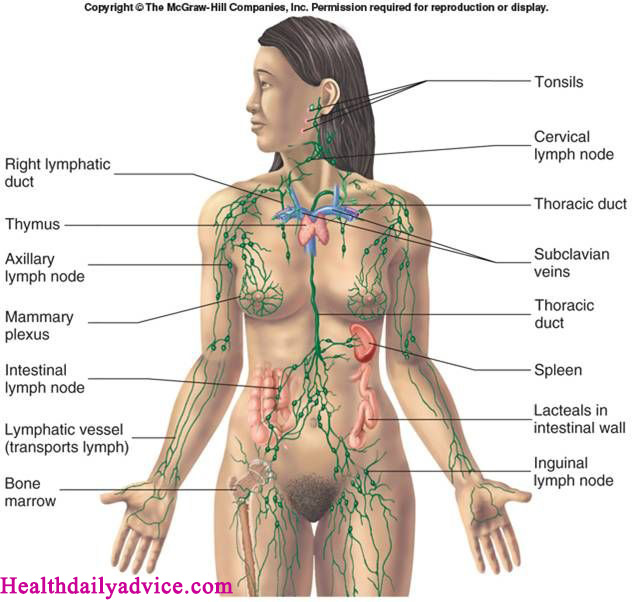 So, let’s take a closer look at lymph and where it comes from. The blood in the arteries is under a lot of pressure because it needs to reach every little nook and cranny of the body.

The arteries branch out into narrower and narrower arteries, and then arterioles, and finally get to the capillaries – which have walls that are only one cell thick and are slightly porous.

Red blood cells are too big to fit through capillary pores, but small proteins like albumin and fluid can make it through. Every day 20 liters of fluid water and protein seep out of the capillaries and becomes part of the interstitial fluid between cells. About 17 liters gets quickly reabsorbed right back into the capillaries, but that leaves 3 liters of fluid behind in the tissues each day. This 3 liters of fluid needs to find a way back into the blood so that the body’s interstitial fluid volume and blood volume both stay constant over time.

where the lymphatic vessels Come in:

All right, as a quick recap: the lymphatic system refers to the one-way network of lymphatic vessels that allows lymph, a clear fluid that’s squeezed out of the blood, to transport nutrients to the cells and act as a method of waste removal. Lymph is cleansed at lymph nodes throughout the lymphatic system, which play an important role in immune function.

Thanks for Reading! You can help support us by donating, or telling your friends about us on social media.