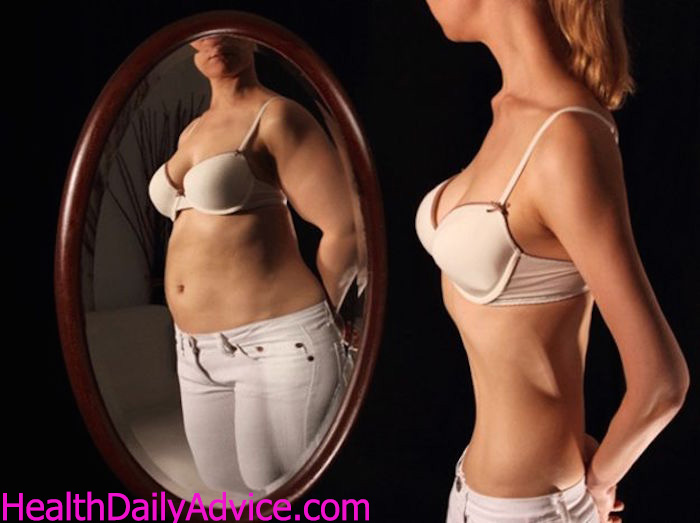 Anorexia nervosa, which is often just called anorexia, is a disorder that is characterized by very low weight (typically less than 85% of normal body weight), a constant fear of gaining even the slightest amount of weight, and having a distorted view of their body weight or shape, often believing that they are overweight, while actually being underweight. Now there are two main types of anorexia. One form of the disorder is the restricting type, where people reduce the amount of food they eat to lose weight. Another form of the disorder is the binge-eating and then purging type, where individuals eat large amounts of food in one sitting and then purge that food through vomiting or by taking laxatives. This can be confused with another eating disorder bulimia nervosa, but the main distinction between these two disorders has to do with an individual’s weight. Individuals with bulimia are usually normal weight or overweight, whereas individuals with anorexia are underweight. Because of this, people can potentially start out with bulimia, and then develop anorexia over time. Levels of severity can further split anorexia. A body mass index, or BMI, between 18.5 and 24.9 is considered healthy, someone with anorexia though that has a BMI between 17 and 18.5 is considered mild, a BMI of 16-17 is considered moderate, a BMI of 15-16 is severe, and having a BMI of less than 15 is considered extreme. Now in addition to having a low BMI, individuals with anorexia are typically fearful of weight gain, and often have a psychological obsession with the caloric and fat content of food, often leading to restrictive food behaviors, purging, exercise, and frequent weight checks. They might perform specific food rituals, like cutting food into small pieces or eating foods in a specific order. They might refuse to ever eat in front of people, or cook elaborate meals for others, but then not eat themselves. Like a dinner party host, who’s unwilling to eat his/her food? Anorexia starves the entire body and can cause number physical changes affecting every body system, which can end up being clues to the diagnosis. 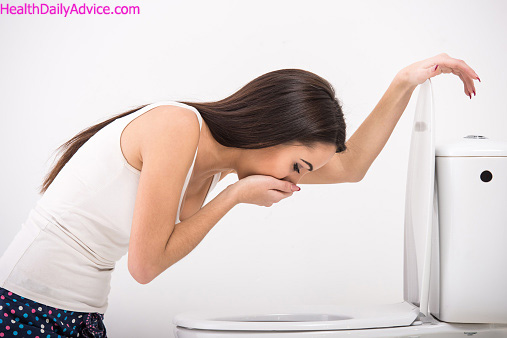 There is often a loss of muscle tissue throughout the body, reflected by a low creatinine level and symptoms of fatigue from weak muscles throughout the body, including a weak diaphragm which can cause difficulty breathing. Even the heart can lose muscle, and this loss of cardiac muscle tissue can lead to bradycardia less than 60 heart beats per minute, and hypotension a blood pressure below 90/50, as well as orthostatic hypotension when blood pressure falls when a person goes from a lying down position to standing position. A weak heart can lead to congestive heart failure and combined with low protein levels in their blood can cause significant edema or swelling, especially in the feet. There may also be serious electrolyte abnormalities like low potassium, magnesium, and phosphate level, as well as key vitamin deficiencies such as thiamine also known as Vitamin B1.Women can have amenorrhea, where either the normal menstrual cycle stops or menstruation doesn’t start by age 15. Prolonged food restriction can also make the gastrointestinal tract unable to handle normal meals which cause terrible bloating and nausea as well as constipation. Also, the bone marrow can start shutting down, so you get fewer white blood cells which lead to a dampened immune response, fewer red blood cells which leads to lower energy levels, and fewer platelets which lead to easy bleeding and bruising. Anorexia can also cause osteoporosis where the bones become weak and susceptible to fractures. The skin can change, with symptoms like dry, scaly skin, and also the hair on their head can become brittle and fall out easily, and soft hairs called lanugo covering their body. Some people might also have halitosis or horrible breath from repeated vomiting. Finally, it can affect the brain, which causes atrophy and encephalopathy, which can cause symptoms like ataxia, confusion, and even death. In addition to these complications, there is also something known as refeeding syndrome where refeeding stimulates secretion of insulin, which causes cells to take in already low levels of potassium, magnesium, and phosphate, which causes levels in the serum to be dangerously low, and these deficits in electrolytes can lead to severe heart arrhythmias and even cardiac death. This is why patients with anorexia typically get an exhaustive medical workup and are carefully monitored with ECGs as they are slowly reefed and brought back up to a healthy weight. Pinpointing the exact cause of anorexia is tough right? Because it’s likely a complex interaction of various factors like genetic and hormonal factors, for example, abnormalities in the signals that convey information about hunger and fullness, as well as social/environmental factors like peer groups and popular culture. Also, anorexia is associated with low self-esteem, loneliness, sensitivity to peer pressure, and filling a need for approval. Individuals with anorexia might also chronically over-react to stressful situations, and they might exhibit perfectionist behavior, and might feel the need to have control of specific parts of their life like their weight. There are also higher rates of anorexia in countries where thinness is valued, which could reflect an internalization of societal standards of beauty. Anorexia typically starts in the teen years or young adulthood a time when individuals usually start to pay attention to the media, and rates of anorexia are higher for individuals who have higher exposure to media. Also, although anorexia is more common in women, it’s worth mentioning that men suffer from anorexia as well, and in both genders it can often be seen among athletes and professionals who are keenly focused on their body weight and percent body fat, such as in some types of dancing, modeling, and wrestling. Finally, anorexia is also commonly associated with other conditions like obsessive-compulsive disorder, depression, and anxiety, all of which have overlapping symptoms and risk factors. As far as treatments go, medical treatment with careful weight gain is important; there is an important role for psychotherapy and cognitive behavioral therapy for both the individual and sometimes the family as well. These therapies focus on improving self-esteem and teaching strategies to better cope with stress and social pressures, as well as identify the patterns of thought that may be influencing their illness. So we have seen that anorexia can affect nearly every body system in profound ways, but careful management and treatment and ultimately a healthy pattern of eating can reverse a lot of these complications and issues associated with anorexia. Thanks for Reading, you can help support us by donating, Please Share this Article, or telling your friends about us on social media.